Top 10 Most Beautiful Brunettes in The World

Today we compile a list of our favourite 10 most beautiful brunettes from around the globe. The list of those beautiful women who had something to offer besides good looks. Whether that’s intelligence, talent or simply poise and class, a great voice, a sense of humour… or a combination of all these. We have tried to gather ten of those gorgeous women who fit this vague.

The brunette, in history, has always been seen as the temptress, the siren. The brunette has been the woman who gives men pause even while we desire her, as though we sense there’s a dangerous cleverness in her that will destroy us. Mostly men prefer blondes, but only for a little while. It’s true, we might prefer our mistresses to be blonde, but we all know that we marry the brunette. There’s just a greater sense of legitimacy for our darker haired companions. We know, we’re crazy, but there’s just something about a brunette that is more reassuring that she will return to you in the morning.Lets Look at the Top 10 Most Beautiful Brunettes in The World.

Top 10 Most Beautiful Brunettes in The World: 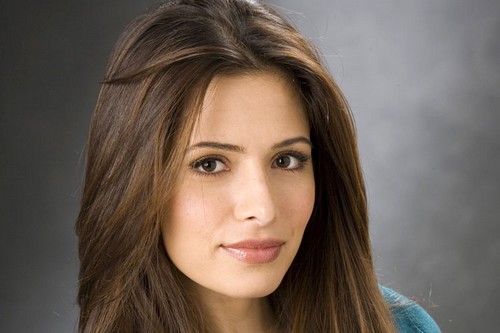 Sarah Shahi is an American television actress and former NFL Cheerleader. She played Kate Reed in the USA legal drama Fairly Legal from 2011-2012 and currently stars as Samantha Shaw on the CBS crime drama Person of Interest. She has also appeared in supporting roles in The L Word and Life. 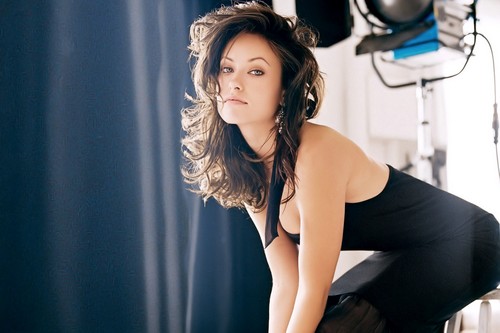 Olivia Jane Cockburn known professionally as Olivia Wilde, is an American actress. We first took notice of her when she joined the cast of The O.C. as bis.xual Alex Kelly. She latter appeared in a number of television and film productions such as The Black Donnellys, House, Tron: Legacy, Cowboys & Aliens, In Time, and most recently Drinking Buddies. 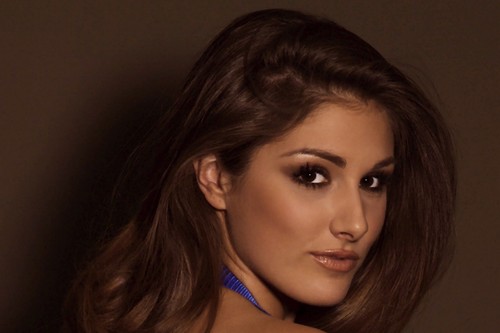 While she may be beautiful and talented, Lucy Pinder is best known for her all-natural 32G breasts. This British beaut has made a name for herself posing topless in publications like The Daily Sun, Nuts and Loaded, earning her legions of male fans the world over. For the first several years of her career, Pinder, unlike most other glamour models, did not fully reveal her breasts in photo shoots, often posing while covering her nipples with her hands or hair. While she often appeared exposing part of the areola, her first completely topless photographs appeared in Nuts magazine in April 2007.

One of the world’s most promising young supermodels, Brazilian bombshell Jeisa Chiminazzo can be seen in campaigns for Dolce & Gabbana, Hugo Boss, Lacoste, and Tommy Hilfiger. She also considered one of the most successful contemporary runway models and has consistently walked for the world’s top fashion designers for fashion weeks in New York, Milan, London, Paris and São Paulo. She also appeared in the February 2008 Sports Illustrated Swimsuit Issue. This naturally busty beauty has stunning figure, her measurment is 36-23-34. She’s also remarkably at ease wearing very little clothing, as she’s displayed in a number of provocative campaigns for brands like Victoria’s Secret. Modern, chic and curvy, Jeisa Chiminazzo represents fashion’s long-awaited return to the ultra feminine. 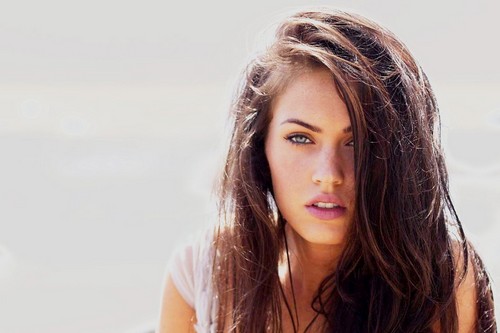 Considered one of the modern female s-x symbols, Megan Denise Fox is an American actress and model. She began her acting career in 2001, with several minor television and film roles, and played a regular role on the Hope & Faith television show. In 2004, she made her film debut with a role in Confessions of a Teenage Drama Queen. She is of attractive body and charming figures. She is one of the most successful hottest fashion models. She has appeared in magazines such as Maxim, Rolling Stone and FHM.

Sofia Vergara is a Colombian actress, comedian, television hostess, and model. She had been widely known for co-hosting two television shows for Spanish-language television network Univisión in the late 1990s. Her first notable acting job in English was in the 2003 film Chasing Papi. Subsequently, she appeared in films, including two Tyler Perry films, Meet the Browns (2008) and Madea Goes to Jail (2009), receiving an ALMA Award nomination for the latter. Vergara’s success on television has earned her roles in recent films, The Smurfs (2011), New Year’s Eve (2011), Happy Feet Two (2011) The Three Stooges (2012), and Escape From Planet Earth (2013). 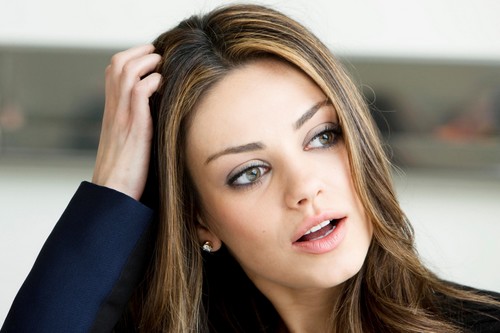 Mila Kunis is an American actress and voice artist. The talented Mila was born to a Jewish family in Chernivtsi, Ukraine. Her mother, Elvira, is a physics teacher, her father, Mark Kunis, is a mechanical engineer, and she has an older brother named Michael. Her breakout film role came in 2008, playing Rachel Jansen in Forgetting Sarah Marshall. Subsequent film roles included Mona Sax in Max Payne, Solara in The Book of Eli, Jamie in Friends with Benefits, Lori in the comedy Ted, and Theodora in Oz the Great and Powerful. Her performance as Lily in Black Swan gained her worldwide.

Kelly Brook is one of England’s best-known models, who is regularly included in the Top 10 of most men’s magazines’ “S.xiest Women”. She started her modelling career at the age of 16 after winning a beauty competition, in which she was entered by her mother. She later worked on a range of advertising campaigns, including for Foster’s Lager, Renault Mégane, Walker’s crisps, Piz Buin and Bravissimo. She worked more then 14 movies an TV series. She has beautiful, hot attractive figure. Her figure catch everyone’s eye. 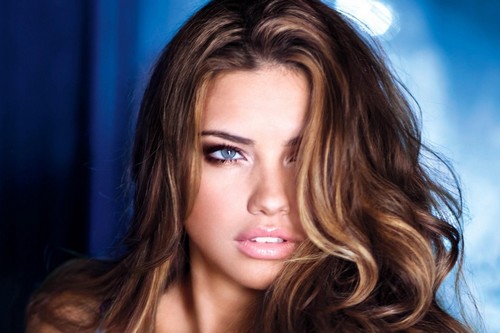 Adriana Lima is a Brazilian model and actress who is best known as a Victoria’s Secret Angel since 2000, and as a spokesmodel for Maybelline cosmetics from 2003 to 2009. At the age of 15, Lima finished first in Ford’s “Supermodel of Brazil” competition, and took second place the following year in the Ford “Supermodel of the World”. In 2012, she came in 4th on the Forbes top-earning models list.

The Italian goddess, Monica Bellucci, was born in 1964 in the Italian village of Città di Castello, Umbria. Bellucci began modeling at age 13 by posing for a local photo enthusiast. Perhaps no other Italian woman has garnered more attention in the past many years than Monica Bellucci. She has been the face of such brand behemoths as Dolce & Gabbana and Dior Cosmetics. She remains an international s-x symbol not just because of her voluptuous curves, but also because of the palpable intelligence and charm she conveys in her films and interviews. She is often regarded as the 8th wonder of the world and yet unlike the thin runaway models of Milan and Paris her beauty is only magnified by her natural curves. 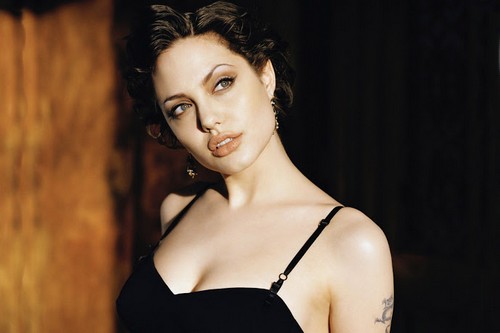 At No.one in our list of hottest brunettes celebs, The most famous actress Angelina Jolie. When she’s not busy adopting third-world children and making the world a better place, Angelina Jolie is making the world a prettier place. An American actress, film director, screenwriter, and author, Angelina has received an Academy Award, two Screen Actors Guild Awards, and three Golden Globe Awards, and was named Hollywood’s highest-paid actress by Forbes in 2009, 2011, and 2013. She has often been cited as the world’s “most beautiful” woman.

Did You Enjoyed this Top 10 Most Beautiful Brunettes in The World Article ? If So Give us a Like and Share…. 😛