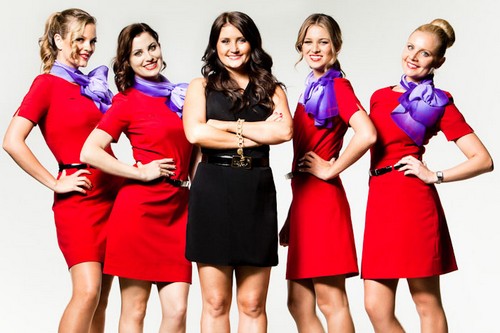 With fitted red suits and stylish silk neck ties, the Virgin Atlantic stewardess always stood out from the crowd. These beautiful flight attendants seems like HBO tv stars in their seductive red uniform. They have been voted the “most attractive airline stewardess” in a survey conducted in 2011. Virgin Atlantic’s “Red Hotties” are among the hottest in the sky. Elegant glamour and cheerful attitude are just some of the phrases used to describe Virgin’s supposedly amazing stewardesses. 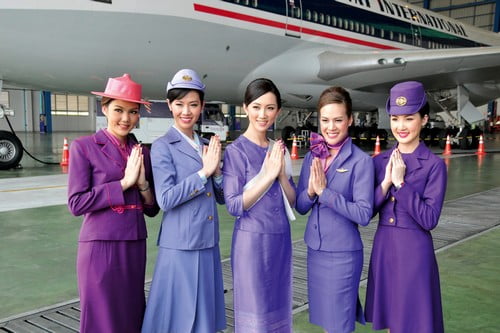 The national airline of Thailand, Thai Airways is one of the airlines that provides possibly the best care in the air. Thai’s flight attendants make it to the 9th spot mainly because of their attention to detail in providing the best comfort for all their passengers. The airline has won numerous awards for their exceptional quality of service. Their unique purple uniforms are also often cited as one of the best flight attendant uniforms out there. 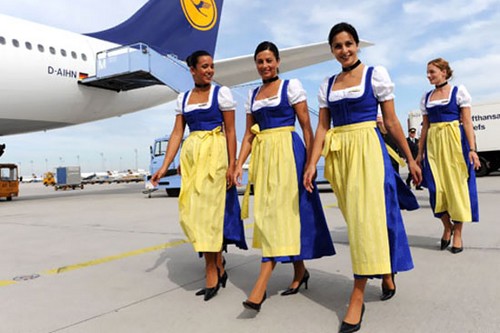 Lufthansa is one of the most popular European Airlines that made this list and with good reason. This German airline consists of a cabin crew that is of diverse ethnicities. Lufthansa stands among the best airlines which features some of the most striking beauties in the air. They are well-known for their overall friendly staff and fine service attitude. 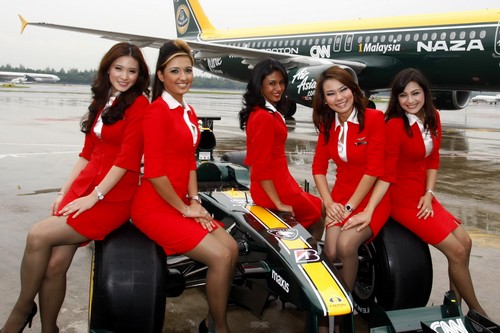 Air Asia makes this list as they are often noted as to having the most attractive airlines stewardess of all the low-cost carriers in the world. The iconic red uniforms of Air Asia’s female flight attendants will catch your attention, when you arrive at any of Malaysian airports. On the airport, you might come across of these hot beauties, walking with the trolley bag and looking all ready to take off into the skies. Air Asia’s flight attendants are in fact, as hot as their meals, sometimes allegedly even hotter. 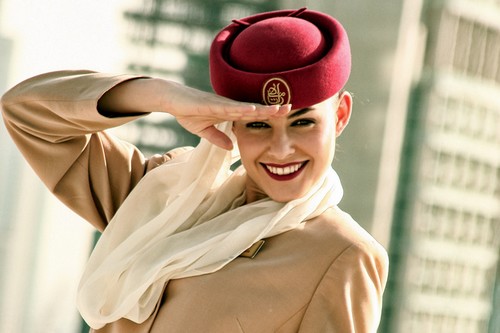 Emirates is one of the most luxury airlines of the world. The airline has most elegant flight attendants of different nationalities. They are in all shapes, looks and styles but all very attractive and polished. Emirates hostesses always look quite alluring in their outfits. But I am not sure if it is the hostesses or the outfits that make them so appealing. 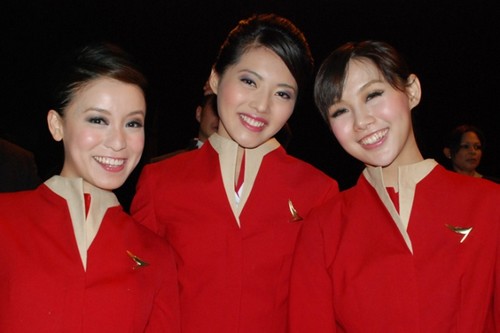 Cathay Pacific is considered as one of the best airlines in Asia, because of it’s excellent service and numerous accolades. This Hong Kong-based airline has sharp, subtly sexy female flight attendants. And red all over, Cathay Pacific has also boasts one of the prettiest flight attendants in the industry. Instead of hiring professional models, Cathay opted to showcase their stewardesses on the catwalk. Also, the company stress service as the top quality to their stewardess candidates. 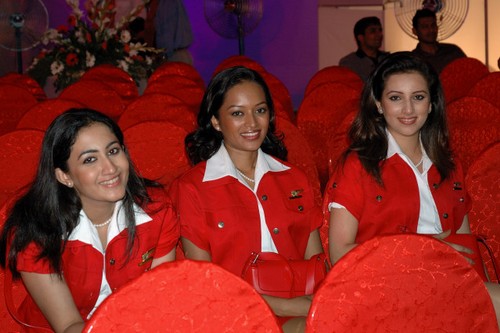 India’s favourite airline, for obvious reasons! One most common, The airline has world’s hottest flight attendants. The air hostesses’ uniform in Kingfisher Airlines is quite similar to Air Asia, it could be the color pattern and the cutting looks nearly the same. But both are looking nice and pretty. 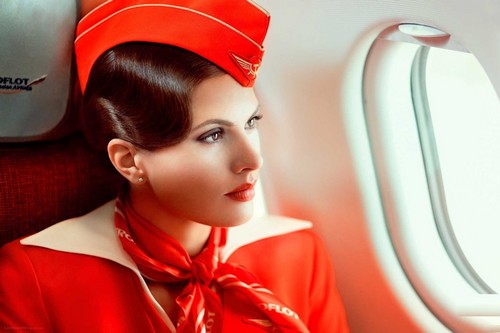 With the distinctive red uniform, the Aeroflot Airlines stewardess hold the 3rd place in our list of most attractive airline stewardess. The Russians may not generally be thought of highly in the fashion stakes but the crisp caps and jauntily angled neck ties of Aeroflot’s stewardesses struck a chord with passengers who have rated the airline the world’s most stylish in a survey for the flight booking website Skyscanner. 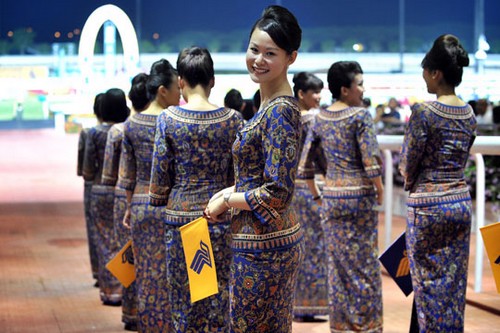 Singapore Airlines flight attendant not only attractive, but they are also friendly. Dressed in the distinctive “Sarong Kebaya” they looks glamorous without trying too hard. Despite being most attractive Airlines stewardess, Singapore Girls recognized for their hospitality and best cabin service. Their hospitality and cabin service has been recognised with awards from magazines, travel and tourism industries, including the ‘World’s Best Cabin Crew Service’ by the Business Traveller Asia-Pacific Awards for 17 consecutive years. 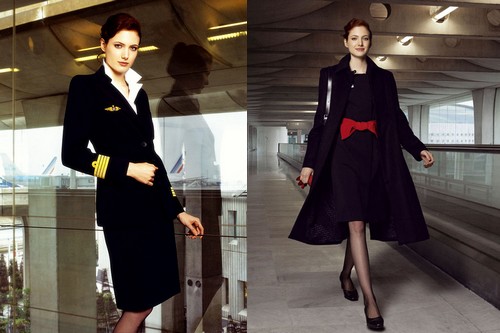 Terribly uncomfortable economy seats, but oh so dreamy flight attendants. Airline Air France , will make you feel short trip accompanied by a stylish tub mannequin stewardess uniforms designed by the renowned designer, Christian Lacroix.
What makes them especially hot? They could very well follow the French ideal of passion over happiness. Just do not expect a kiss French service, the flight attendants would never confuse business with ‘pleasure’.

Did You Enjoyed this Top 10 Most Attractive air hostess Article ? If So Give Us a Like and Share… 😛