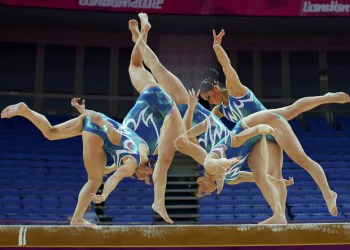 Olympic Games are a major international event and one of the greatest sport events featuring summer and winter sports in which thousands of athletes participate in a variety of competitions. The Olympic Games are considered to be the world’s foremost sports competition with more than 200 nations participating.so we gave First Place for olympic in Top 10 Greatest Sport Events in The World List. The Games are currently held biennially, with Summer and Winter Olympic Games alternating, meaning they each occur every four years. Over 13,000 athletes compete at the Summer and Winter Olympics in 33 different sports and nearly 400 events. The first, second, and third place finishers in each event receive Olympic medals: gold, silver, and bronze, respectively. The Olympic Games over the past 50 years the most costly Games have been London 2012 (USD14.8 billion), Barcelona 1992 (USD11.4 billion), and Montreal 1976 (USD6 billion). Through the first weekend, NBC averaged a 19.2 rating and 35.8 million viewers. That’s the most viewers since the Olympics started being shown on television in 1960, when the Games were played in Rome. During the 2008 Beijing Olympics, 30.6 million people witnessed the events of the first two days.

The 2nd greatest sport events FIFA World Cup, often simply the World Cup, is an international association football competition contested by the senior men’s national teams of the members of Federation Internationale de Football Association (FIFA), the sport’s global governing body. The championship has been awarded every four years since the inaugural tournament in 1930, except in 1942 and 1946 when it was not held because of the Second World War. The last champions are Spain, who won the 2010 tournament. The current format of the tournament involves 32 teams competing for the title. Almost half the world tuned in at home to watch 2010 FIFA World Cup South Africa.

The UEFA Champions League originally known as the European Champion Clubs’ Cup or European Cup, is an annual continental club football competition organised by the Union of European Football Associations (UEFA) since 1955 for the top football clubs in Europe. It is one of the most prestigious tournaments in the world and the most prestigious club competition in European football.
The most popular sport in the world is Football, or soccer. The world’s best soccer leagues are in Europe and once a year the two best European clubs square off in the biggest association football match of the year. It’s the Super Bowl of soccer, except it features the two best teams in the continent, possibly the world, rather than just one country. 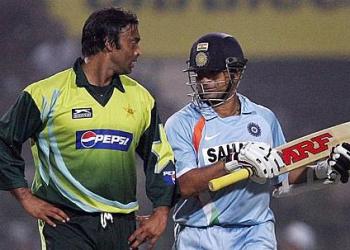 The ICC Cricket World Cup is the premier international championship of cricket of men’s One Day International (ODI) cricket and T 20 Cricket. The event is organized by the International Cricket Council (ICC), with preliminary qualification rounds leading up to a finals tournament which is held every four years (ODI) and after every two years T 20. The tournament is the world’s fourth-largest and fourth-most-viewed sporting event. The first Cricket World Cup (ODI) contest was organized in England in 1975, and T 20 in South Africa in 2007.

The Super Bowl is the annual championship game of the National Football League (NFL), the highest level of professional American football in the United States, culminating a season that begins in the late summer of the previous calendar year.
American Football Superbowl is easily the greatest sport events and television event in the United States. Last year, the Super Bowl drew 111 million viewers. Therefore, the Super Bowl is essentially watched by everybody in America. With the NFL International Series in place, football’s popularity is increasing all around the world, especially in England, Canada and Mexico.

The 6th of the greatest sport events is Wimbledon. Also is the oldest tennis tournament in the world. That makes it the most prestigious event in tennis. It has been held at the All England Club in Wimbledon, London since 1877. It is one of the four Grand Slam tennis tournaments, the other three majors being the Australian Open, French Open and US Open. Wimbledon is the only Major still played on grass, the game’s original surface, which gave the game its original name of “lawn tennis”. Wimbledon probably has the biggest following because it is soaked in history and tradition. 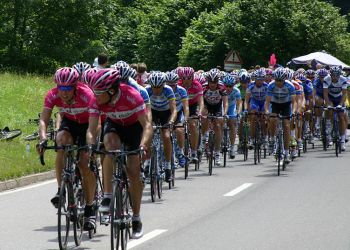 The Tour de France is an annual multiple stage bicycle race primarily held in France, while also occasionally making passes through nearby countries. The race was first organized in 1903 to increase paper sales for the magazine “L’Auto” it is currently run by the Amaury Sport Organization. The Tour originally ran around the perimeter of France. Cycling was an endurance sport and the organisers realised the sales they would achieve by creating supermen of their competitors. The modern Tour typically has 21 daily stages and not more than 3,500 km. The shortest and longest Tours were 2,428 and 5,745 km in 1904 and 1926, respectively. 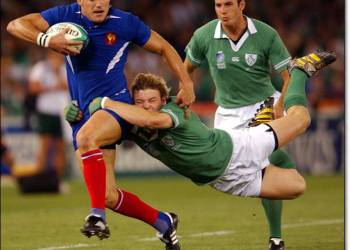 The Rugby World Cup is an international rugby union competition organised by the International Rugby Board and held every four years since 1987. The current model of Tournament features twenty nations competing over a month in the host nation. There are two stages, a group and a knock-out. The winners are awarded the William Webb Ellis Cup. New Zealand are the current holders, having won the 2011 Rugby World Cup in New Zealand. The hosts for 2015 and 2019 will be England and Japan respectively. 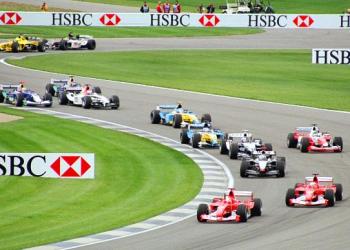 Formula One is a truly global sport with many race tracks around the world all the way from Monaco to Singapore. A Formula One race or Grand Prix is a sporting event which takes place over three days (usually Friday to Sunday), with a series of practice and qualifying sessions prior to a race on Sunday. The Brazilian Grand Prix is one of the most memorable events as it has seen a multitude of tight races. 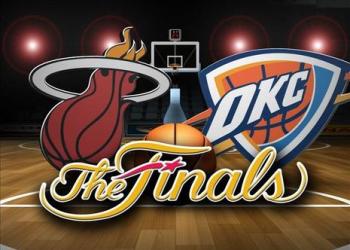 The National Basketball Association (NBA) is widely considered to be the premier men’s professional basketball league in the world. It is an active member of USA Basketball (USAB), which is recognized by FIBA as the national governing body for basketball in the United States. The NBA is one of the 4 major North American professional sports leagues. NBA players are the world’s best paid sportsmen, by average annual salary per player. The league was founded in New York City on June 6, 1946 as the Basketball Association of America (BAA).

Did You Enjoyed this Top 10 Greatest Sport Events in The World Article ? If So Give us a Like and Share… 😛